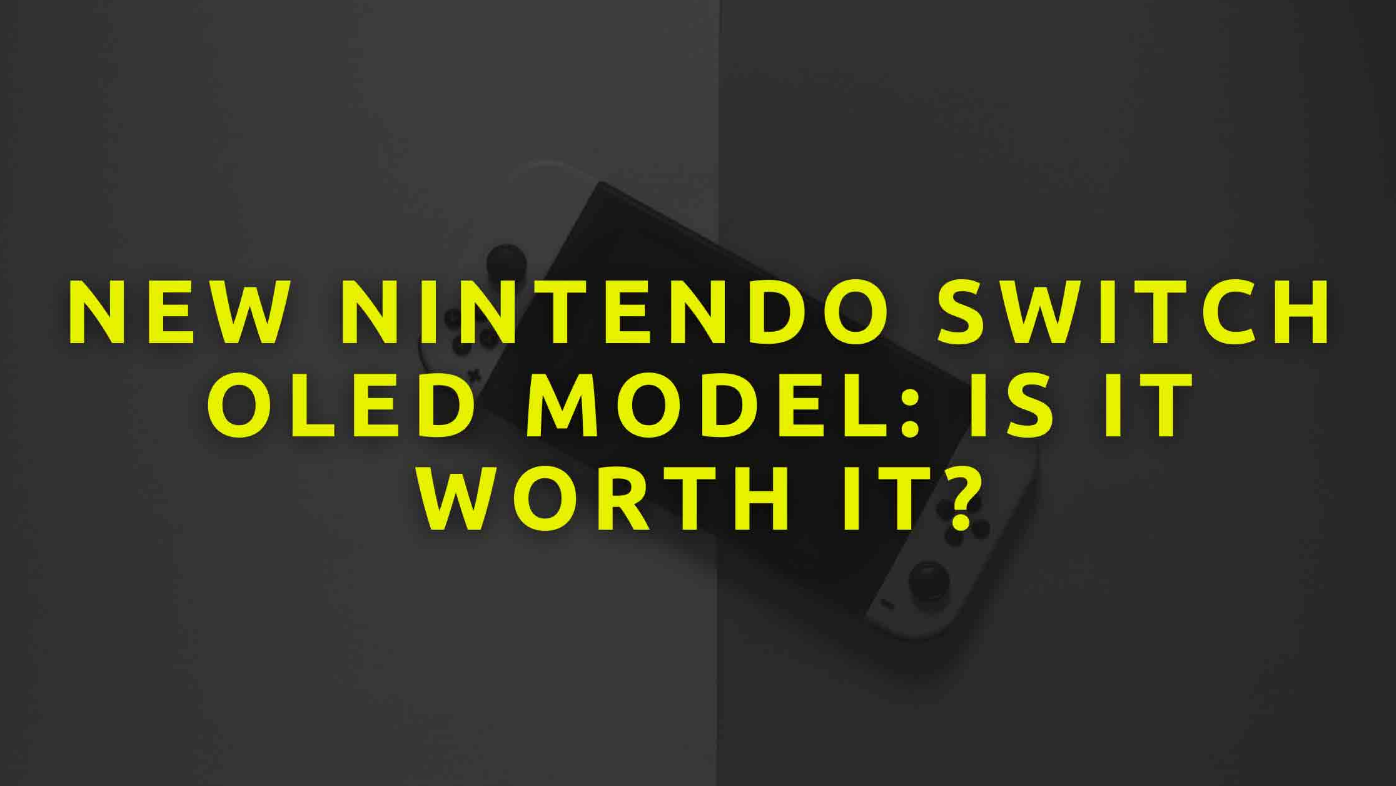 One of the devices that is likely to become one of the most sought-after Epiphany gifts is the new Nintendo Switch OLED model. Nintendo has launched a new revision of the console that joins the one that came out with a new name and its Lite version. But many have doubts about whether the Nintendo Switch OLED is worth it and that is a doubt that we are going to clear up below.

This is what the Nintendo Switch OLED

Let’s start by defining the product. Nintendo has once again demonstrated that playability is above brute force and has reinforced it by borrowing a concept from increasingly threatening rivals: tablets.

This would be an outline of what the Nintendo Switch is, a hybrid console designed so that you can play wherever you want and that exploits its possibilities when you connect it to its TV dock.

The Japanese firm has hardly varied in design, as we find the controls placed on the sides of the console. The console stands out for its tablet-like screen, which is also touch-sensitive, and has a 7-inch OLED panel of great luminosity.

It makes good use of the front with much smaller bezels. It has its classic power and volume buttons, a USB C port on the inside and an outlet at the top for the fan next to the tray where games are placed.

Another major improvement that differentiates the Switch from the OLED Switch is the fold-out kickstand. This is the one that unfolds to use the device in stand mode anywhere and now occupies the lower half of the device’s body.

Recall that in the initial version it was a small leg that, in the two versions, hid the memory expansion port for microSD cards.

Differences between the Nintendo Switch, Lite and OLED

Now that you know the console it’s time to take a look to see if it’s worth buying the Nintendo Switch OLED. Let’s go point by point and see what we find:

Space is an important thing for many and Nintendo seems to have thought of everyone. Of the three consoles the Lite is the smallest, although at a functional level it falls short compared to its sisters.

This is one of the claims of the new equipment, and is that the difference between the Switch and Switch OLED is the display. The measurements do not deceive, while the 6.2-inch LCD reigns in the veteran models in the new one we have a 7-inch OLED.

Therefore we have a larger console but with a better screen, since OLEDs have brighter colors and are also more energy efficient.

This is another interesting point for which the current Nintendo console has been criticized. And is that the battery of the Switch left about 4.5 or 9 hours depending on the game in mobile version. This is maintained in the OLED, but the Lite is the one that lags behind with its maximum of 7 hours.

If you are one of those who buy games in digital format, space may be of interest to you. And is that the Japanese firm has doubled the space to 64 Gb in the OLED Switch, although you can increase the capacity up to 2 TB.

Except for the Lite version, which has a fixed body, the Joy-Con are the same in the other two versions. The only difference is the new dock where the console is charged, which in the OLED has a new design and includes a wired Internet port that the old version did not have.

Curiously, the different surnames have had nothing to do with the heart of the console. Whichever one you choose, you will have a custom NVidia Tegra X1 chip. Therefore, they all have exactly the same power.