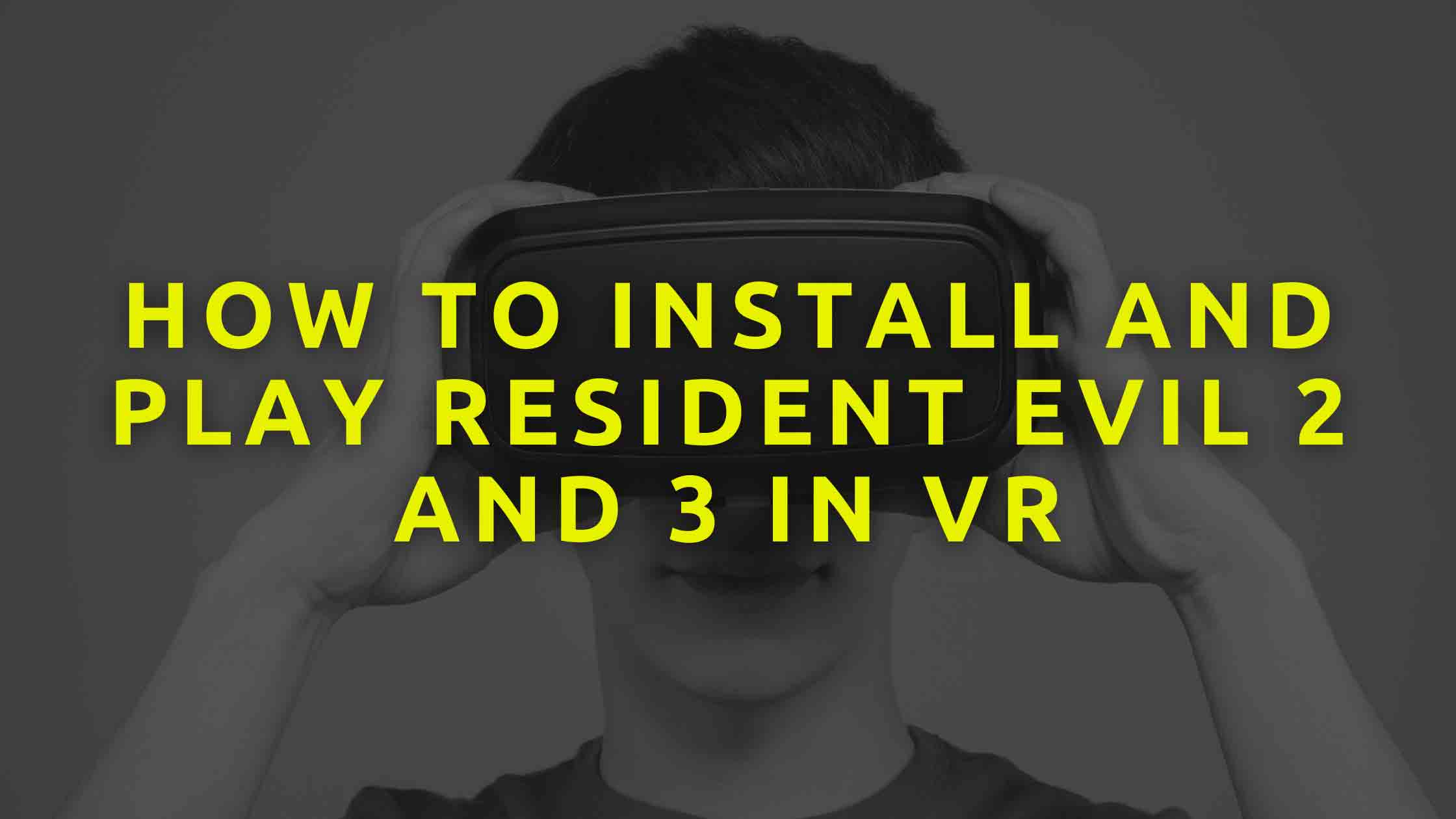 today we have come to bring you a tutorial to install the mods of Resident Evil 2, 3, 7 and 8 in VR.

This mod was released on January 1 and allows us to play the Resident Evil remakes in first person with a very decent quality.

It should also be said that the creator of these mods have not only released for the Resident Evil saga but we can also find Devil May Cry 5 and Monster Hunter Rise.

Can I play Resident Evil in VR?

Indeed, mod creator Praydog has released a version of his Resident Evil 2, 3, 7 and 8 mod to be able to play them in VR.

Your experience with the mods will go hand in hand with your PC requirements, but in principle these games come with many options for you to optimize your experience.

The steps to follow are quite simple, but first of all we need a series of elements for everything to work perfectly.

How do I install the mod?

1- The first thing will be to download and install both SteamVR and our copy of Resident Evil for Steam.

2- Once installed we go to the Steam root folder or the location where the game is installed, for example for Resident Evil 2 would be by default in:

3- We download the Mod of Resident Evil of Praydog that will leave us a rar file with the name RE(X).zip, we open it and we move the content to the root folder of the game.

4- We put the Virtual Reality viewer, if we are using an Oculus we will have to run SteamVR before launching the game.

5- Once we see the screen that Steam VR is running launch the game from its shortcut on the desktop.

What is the optimal configuration?

This will depend on the PC we are using to play Resident Evil in Virtual Reality. Luckily the game itself has numerous options to optimize the graphics quality according to our hardware.

On the other hand it will also depend on the Virtual Reality viewer and the native resolution we have, it is not the same to play with a Meta Quest 1 than with a Reverb G2.

I recommend starting with the general settings to put it in the middle and then go configuring both the antialiasing and lighting, textures and shadows.

How can I play in first person?

The first time we launch the mod it will appear in Virtual Reality based on a 3D where we will see the full character.

This is because the first person option is disabled, to enable it we just need to look at our left hand and point to it.

This will open the mod’s configuration menu, where we will look for the “First Person” option and click on “Enable”. For a few seconds we will see the screen in black.

Then we will be able to enjoy the Resident Evil mod in first person with more immersive controls than those of a conventional controller.

Can I play all the games in First Person?

No, sadly so far the only games that have full support for Virtual Reality controllers are Resident Evil 2 and 3.

On the other hand we have Resident Evil 7 which has 3D environments but we will control Ethan using a console controller such as Xbox or PS.

And finally we have Resident Evil 8 which has a very early version of the controls and it looks like it is still in full development.

How is the first-person experience?

We have to keep in mind that Virtual Reality controllers simulate a controller with movements, so the controls can be a bit strange.

We will not be able to hold large weapons such as shotguns with two hands, reload manually or aim without pressing the “grab” button.

However, we will be able to use the knife to stab enemies, move the flashlight at will or throw grenades.

We assume that these mods are still in an advanced beta phase and although they make the game playable, there is still room for improvement.