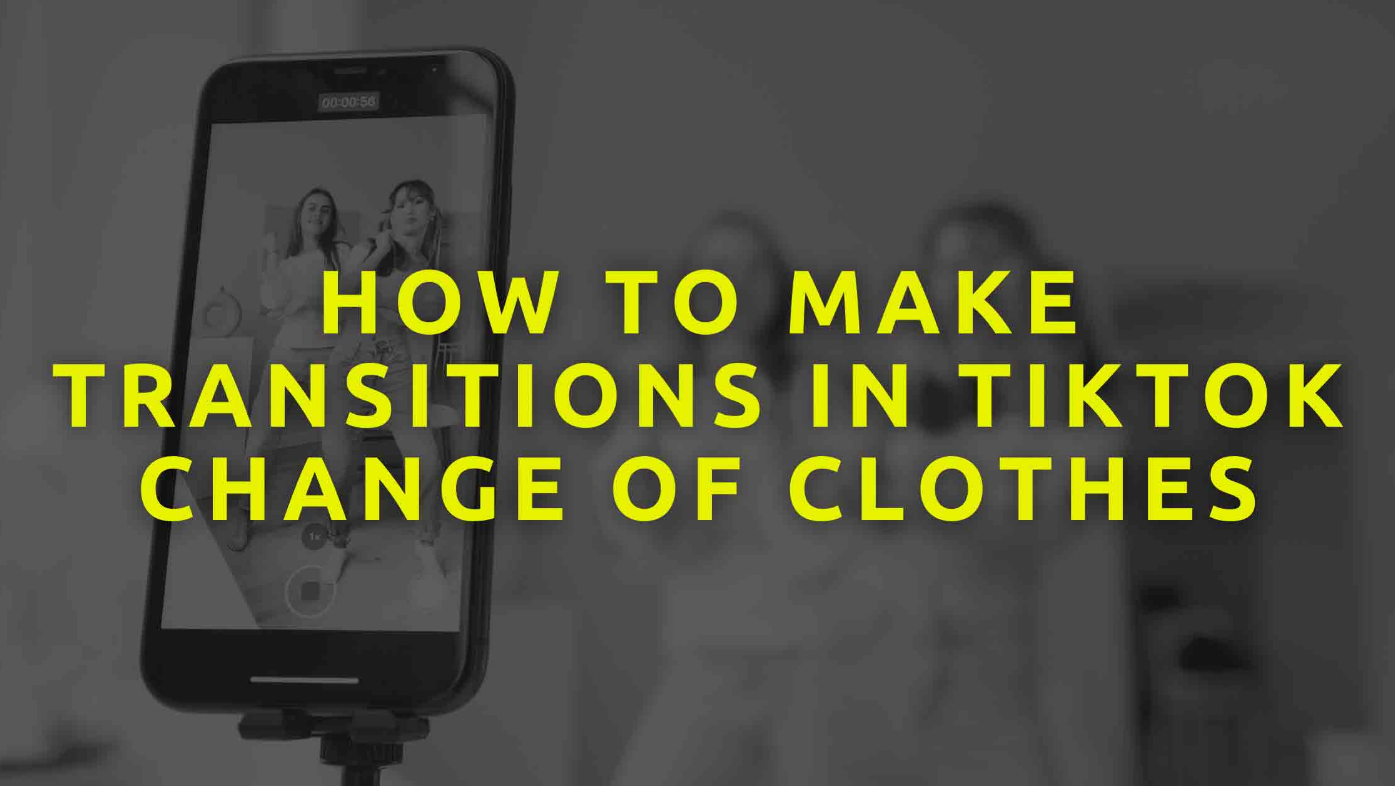 Do you want to learn how to make clothing change transitions in TikTok? In this tutorial, we show you how to do it so that it looks perfect.

If you are a fan of TikTok you have surely seen videos in which a person is in one outfit and suddenly appears in the same position with a totally different outfit. Obviously, it’s not magic, it’s simply a trick that has become very widespread. If you want to learn how to do it, we will show you how to make transitions in TikTok by changing clothes.

The first thing we need to keep in mind is the preconditions. To begin with, it is necessary that the camera is fully stable. Therefore, for the transitions to be perfect, we should ideally use a tripod.

It is also necessary that the background of the image changes as little as possible so that when making the transition no variation is noticeable.

Thus, the perfect location to learn how to make TikTok transitions for changing clothes is a closed room, where no one can enter and nothing will move. Artificial light is also more advisable than natural light, as the position of the sun changes over the hours and makes the change noticeable. Once we have the location ready it’s time to really start this transitions tutorial for TikTok.

Our best ally to create the transitions is the TikTok timer. So, you need to delay the start of the recording by a few seconds to get into position. You will also be able to program how long it will be recording. During that recording time, make any movements you want, but make sure you end up in a fixed position

Once you have recorded the first video, change your clothes and start recording the second part. You must make sure that in that second part you start in exactly the same position in which you ended the first part so that it gives a sense of continuity.

You can make as many changes to clothes as you want so that there are several transitions. In the end, TikTok will have a single video in which it will look like you have magically changed clothes. But remember that it is important that from one video to another it changes as little as possible.

How to make a TikTok change of clothes as a couple

If what you want to learn is how to do a Couples Change of Clothes TikTok, you will be pleased to know that the process is exactly the same as that of a single change of clothes. The steps to follow are the same, but it is true that you have to be a little more careful.

This time you will have to make sure that neither of you changes position between the end of the first video and the beginning of the second. It is also important that neither of you moves anything in the background. The more people who participate in the video, the harder it is not to make mistakes and keep everything the same.

The most common TikTok of changing clothes in a couple is the one in which, when the transition happens, each of the two parties appears with the clothes that the other was wearing at the beginning. But the reality is that the limit is set by your imagination. You can appear in the first one casual and in the second one dressed up to go out, in a normal one and in another one dressed up… The idea to succeed in TikTok is to do whatever crazy thing you can think of, but make it as fun as possible.