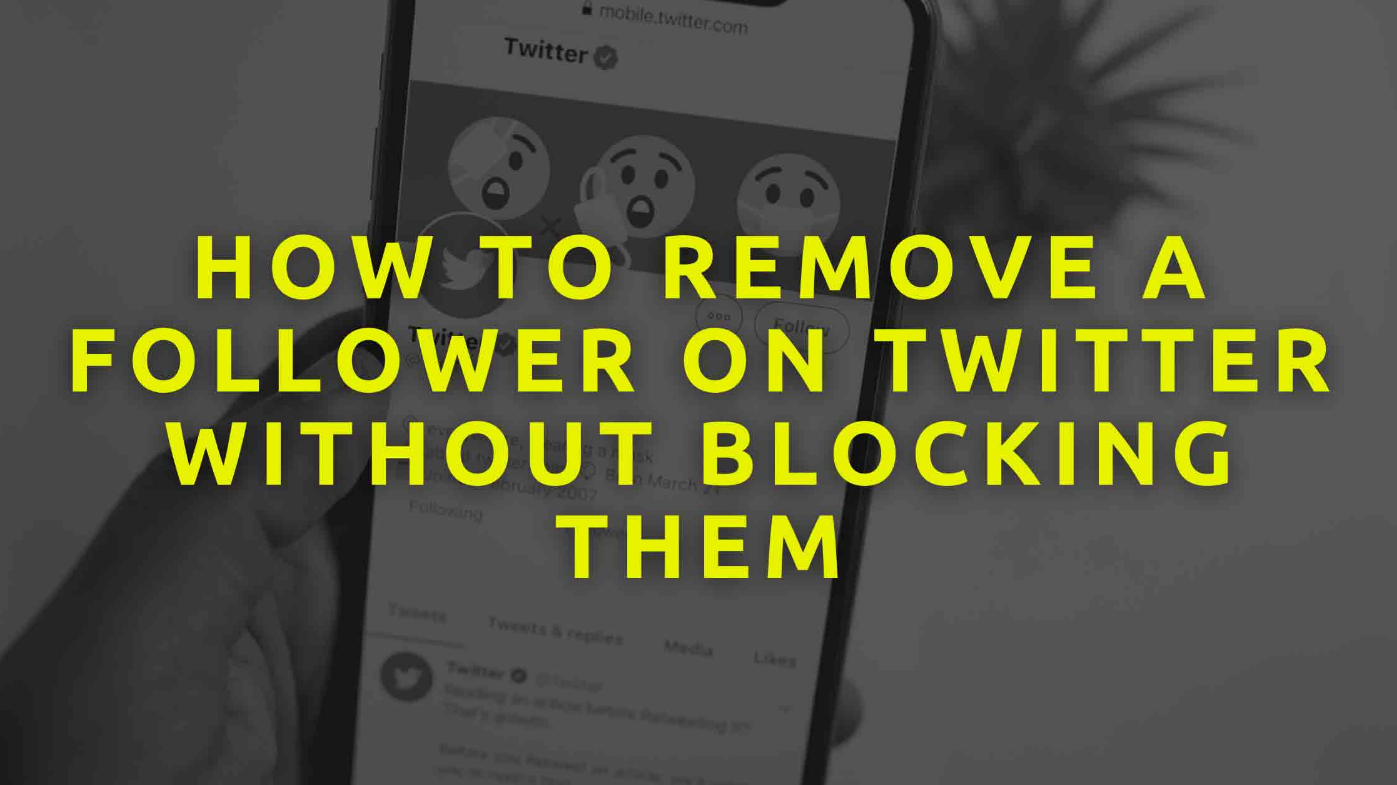 It’s time to clean up and get rid of those uncomfortable followers. Find out how to remove a follower on Twitter without blocking them.

One of the biggest annoyances of Twitter seems to have the hours numbered, as the social network is working on a feature that will solve the dilemma of how to remove a follower on Twitter without blocking him. Currently, the only methods to prevent people who do not want to see our content from following us were quite radical, but Jack Dorsey’s social network has taken the reins and is going to facilitate a function that more than one will appreciate.

Twitter is testing right now a new tool that will allow us to get rid of a follower from our list without the need to block them, in a much faster and easier way to prevent them from seeing our content.

The new way to get rid of that follower will be as simple as going to our list of followers, click or tap (depending on whether we are in the web version or in the application) on the icon with three dots that we find next to each one, and choose the option ‘Remove this follower’.

This function will not notify the user in question that he/she has been removed from our list, so our privacy is safe. As this is a utility that Twitter has announced, it is likely that your follower does not yet know that this is possible, so it may take some time before they realize that they are no longer following you and wonder how it could have happened, if they have stopped following you by mistake or not. However, this does not prevent that tweeter from following you again in the future, so you would have to repeat the process.

At the moment, this new option is not available to all users and is limited exclusively to the web version, but it is likely to be available soon also in Android and iOS applications and will be one of the most used.

How To Hide Tweets From Someone Without Blocking

As we explained in previous articles, one of the great concerns of Twitter users is how to hide tweets from someone without blocking. Mainly motivated by the presence of sensitive management figures such as ex-partners, friends or bosses, we do not always want them to read our content and always be with the sword of Damocles over us, so we had two ways to do it.

The first is to perform a soft block. The moment we block a contact and then unblock them again, that user will no longer be part of our list of followers. In practice, this is the same way as the new function mentioned above, which Twitter will soon be introducing, the only difference being that we will soon be able to do it more quickly.

The main difference with the simple blocking is that when we block another user, if he enters our profile a message will appear warning him that we have blocked him. Obviously, we do not want this to happen with a superior at work or with a family member, so it is recommended that the blocking and unblocking is done in a very fast way so that it goes unnoticed.

The second option is rather less popular, as it would involve setting our account as private. This implies that our tweets will no longer be public, so we greatly limit the potential audience of our publications. Unless we are dealing with very personal accounts and limited to a very small circle of users, it is very rarely the option of choice. It is also likely that if that family member sees that you have a private account and you do not accept their request to be a follower, they will end up asking you why, generating a rather uncomfortable situation for everyone.