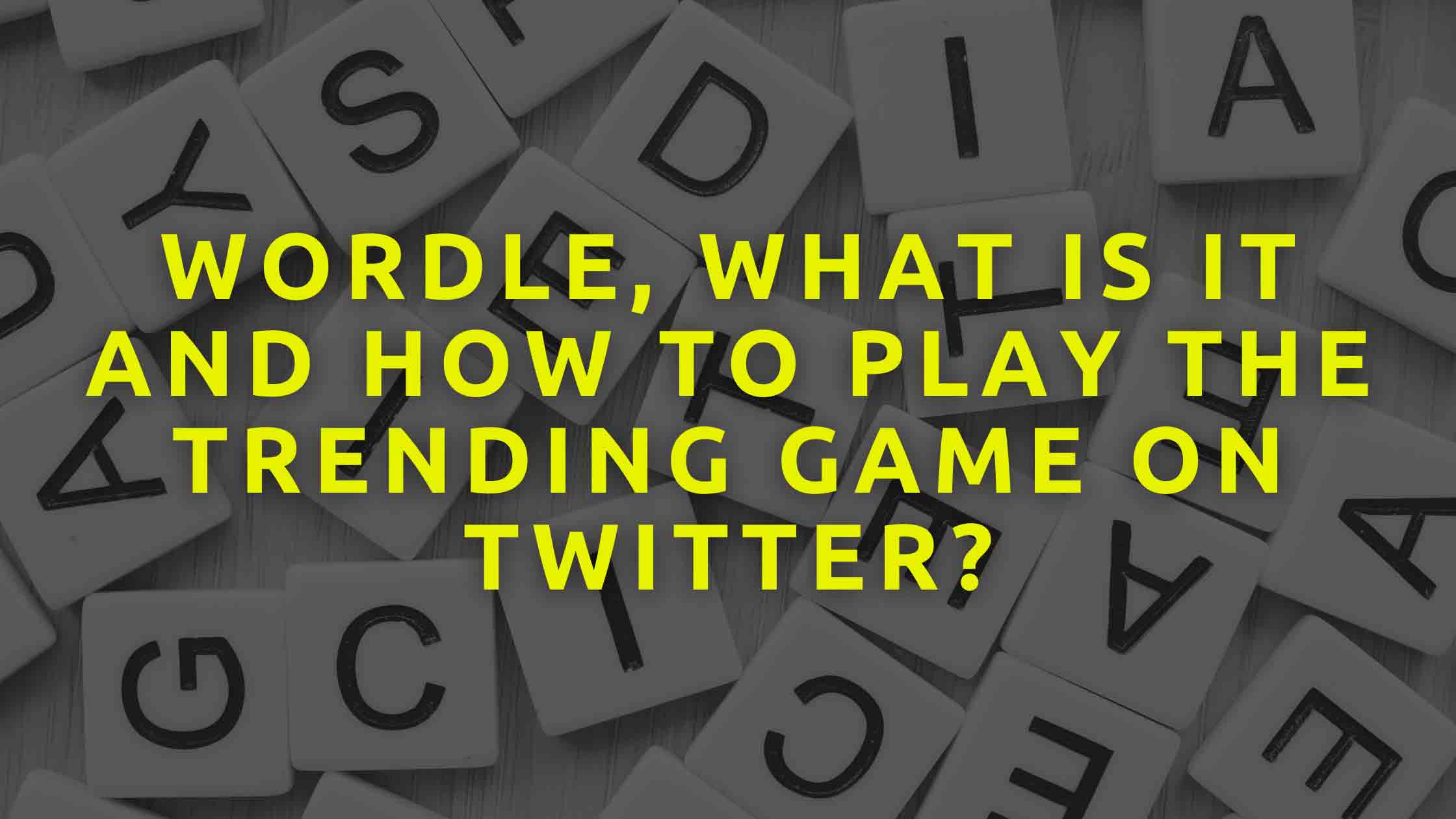 Who doesn’t like a riddle from time to time? Brain teasers and puzzles test your intellect and work on your speed of thought and other functions such as your lexicon or mental arithmetic. So far this year Twitter has been filled with yellow and green squares because of a website. Its name is Wordle, the trendy game that has the whole Internet hooked once a day.

The pandemic got off to a very decadent start for everyone. Except for the staff essential to the running of supermarkets, cleaning and security services as well as toilets, everyone else was locked up at home and unable to go out.

Unless, of course, you had to buy groceries and the toilet paper that ran out so quickly (not to mention the flour that also got a lot of notoriety).

But this was also the beginning of some good things as was the case of Wordle, the fashionable game on the Internet.

For many, this time of seclusion was a time to learn and create as it happened to Josh Wardle.

This engineer was working on a game to entertain his wife during his confinement and now he has put it on a website where you don’t need to register nor does it have any advertising.

You will only have in front of you the opportunity to overcome a brain teaser that will remind more than one of a classic board game called Mastermind in which you had to figure out a secret code.

However, Wardle launched this version in its native language, English, but don’t worry because there is an official Spanish version that we leave you in the following link.

The version has been adapted by the Colombian developer Daniel Rodriguez, to whom we owe the use of the five-letter words that, attention, can be in plural.

How to play Wordle?

Let’s start with the basics, which is to describe the basics of the game. Wordle is a puzzle game in which you have to reveal a secret word composed of five letters.

You will always have five spaces in front of you to write one letter of the alphabet in each of them. Once you have filled in the first row, you will have to accept so that the game verifies whether you have succeeded or failed.

It is normal to fail the first word, but it will be the game that will give you several clues for you to get it right in the following attempts. This is done with a system of colors that will fill in the two parts in which the web is differentiated.

We start with the easiest one, which is the keyboard at the bottom, because if a letter is gray it means that it is not there, but if it is green it means that it is part of the word. This part is complemented by the upper part, where the results are developed.

The latter are key, as they will help you to choose more wisely the next word with which to conclude the game. Once all five boxes are green, you have won the game.

You can then share your progression with your friends on Twitter, but you will notice that a counter will appear nearby. This will tell you the time remaining until the next secret word comes up, which is the same for everyone.

However, many believe that there is a foolproof way to start the game and that is by using the word AUDIO. The reason for this is obvious: it is a five-letter word that contains all the vowels.

Whether they are placed in the right place or misplaced, you can be sure that you have at least the vowels. The rest is a matter of trial and error.