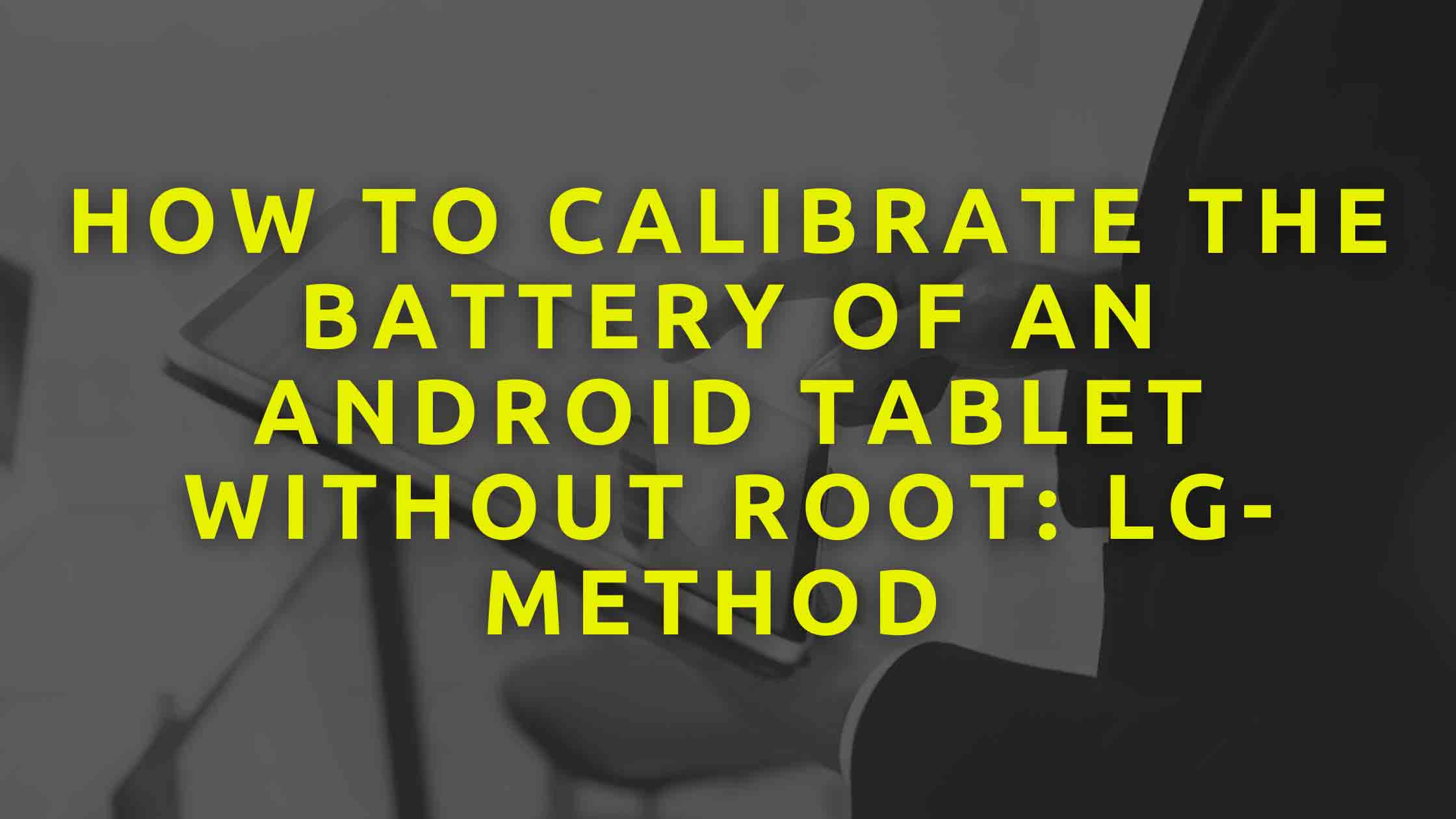 Learn how to calibrate the battery of an Android Tablet without root. Android tablets (however, as well as laptops, smartphones, and other mobile devices, and not only Android) have battery problems and problems are quite deservedly considered one of the most “popular”. Unfortunately.

And among them, as we know, the most unpleasant are those that lead to a significant reduction in the device’s battery life.

And taking into account the fact that regularly such problems occur not only with old and cheap tablets, but also with new and expensive – also, their unpleasantness can increase manifold.

In this regard, let us remind you of such an easy-to-implement technique as calibration, which often helps to fix some problems with the tablet’s battery and/or adjust its performance if not to an optimal level, then at least to a more or less acceptable one.

How To Calibrate The Tablet Battery

As you know, one of the universal indicators of a malfunction in the tablet battery is the fact of its accelerated discharge. It manifests itself simply and standardly: the device disconnects much faster than necessary, even if the charge level indicator on the screen recently showed full 100%.

If the tablet (smartphone, player or laptop) is obviously not new, then most likely the battery has already “outlived”, and it is better to replace it. Fortunately, spare parts for mobile equipment are not in short supply these days, and batteries in particular.

However, if the new tablet behaves in such a way, you can and must recalibrate it.

Is It Possible To Calibrate The Battery Of An Android Tablet By Simply Resetting Its “Statistics”?

In the Play Market you probably met a lot of the most diverse applications for calibrating the batteries of smartphones and tablets, both with and without root (and some of these programs even promise to restore the problematic battery).

We have also met and can say that so far we are not ready to call any of these applications a super panacea for solving the mentioned problems. The possibility of repairing damaged cells with this kind of software tool is, of course, out of the question.

Also on the profile forums, some “experienced” Android users still advise others in the case of “quickly draining tablet” to reset the so-called battery statistics. That is, find in the system and delete the file data/system/batterystats.bin (by the way, you can do this only with root rights).

But the trick is that this way you only delete the file, but this procedure has nothing to do with the task of restoring the battery performance.

Moreover, a few years ago, Google engineer Diane Hackborn safely buried this method, saying that this file does not control the level of battery charge, which is displayed on the tablet’s screen.

Moreover, the statistics file is automatically reset each time the battery is charged to 100% and the device is disconnected from the charger.

How To Calibrate The Battery Of An Android Tablet Without Root Rights?

To begin with, we note that many manufacturers (LG, for example) officially call the battery calibration procedure routine and recommend that users perform it regularly, at least once every three months.

It is during this period that the system has time to accumulate a critical mass of errors, which one way or another begins to affect the operation of the tablet.

So, According To The Recommendations Of Lg Support Service, To Calibrate The Tablet Battery, You Should Do The Following:

That’s all, actually. Ideally after such procedure the battery will start functioning normally (i.e. charging fully and discharging at the proper rate).

Otherwise the calibration procedure can be repeated. And if it still did not have the desired effect, it does not hurt to consult with a qualified specialist, say, an authorized service center.

Plus, just in case, you can gradually begin to prepare yourself for making decisions regarding the prospects for repair of the tablet and buy a new battery. For prices on spare parts for tablets and laptops with descriptions and details, check out Best Detali.