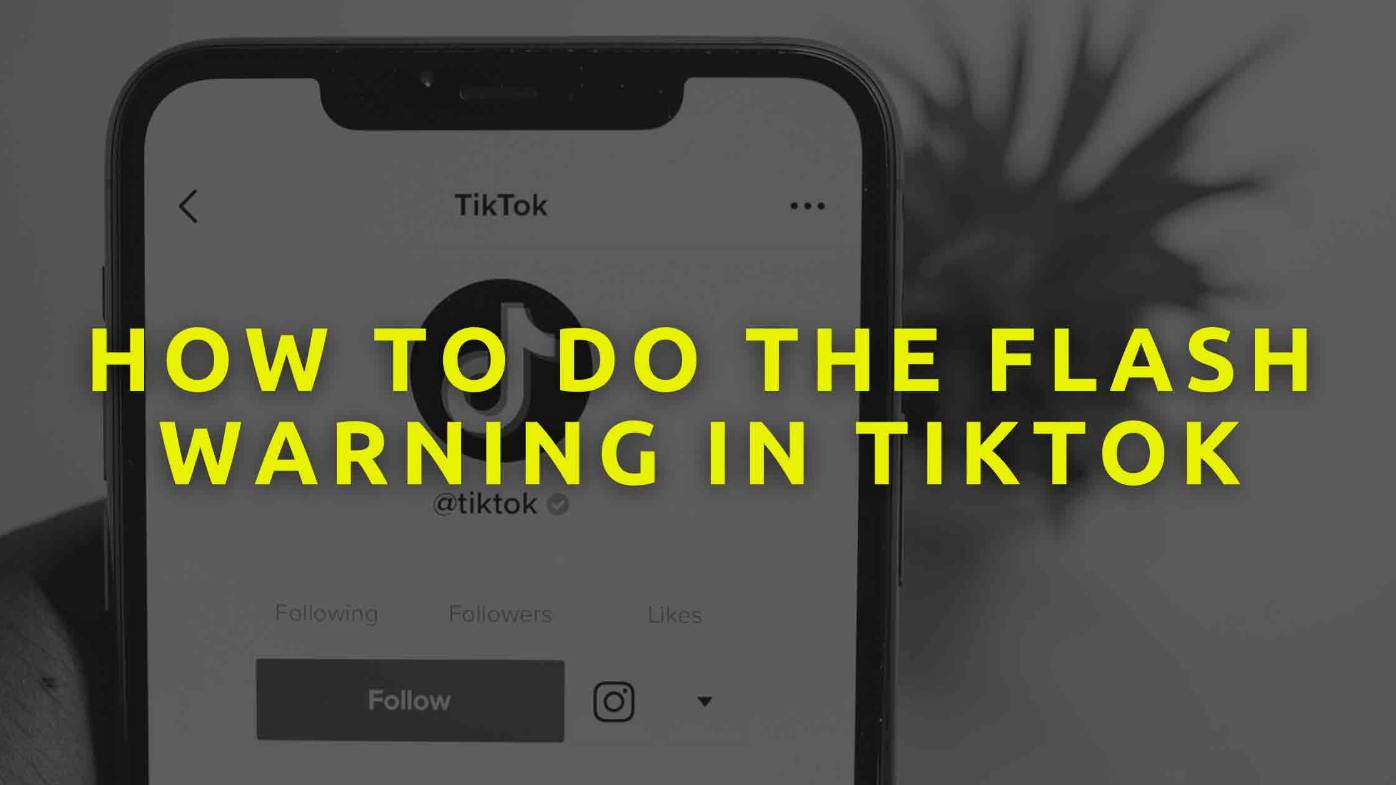 Do you want to learn how to do the Flash Warning in TikTok? We show you the steps to achieve the trendy effect.

TikTok has become the trendiest social network, and with that trend has come viral effects. One of the questions most asked by users lately is how to make the Flash Warning in TikTok, one of the latest fashions of the platform.

The Flash Warning consists of an imitation of a cartoon character. To do this, the first thing you have to do is find a GIF of the character you want to imitate. Although any video will do, GIFs are especially recommended for this effect, since the movements are repeated and the imitation is easier.

Then you will have to record yourself imitating the movements of the character you want to imitate. We recommend that you repeat the operation several times so that it is as close as possible to the original character. Finally, you will only have to edit a video in such a way that frames of the movements of the cartoon character you are doing the Flash Warning with your own are interspersed, so that it looks like you are doing a fusion.

What is the TikTok Flash warning effect?

Of course, before you start recording you must be clear about what the TikTok Flash Warning effect is. These videos show a person imitating the movements of a cartoon character. The flickering that you can see in the videos between the cartoon and the person is so fast that you will hardly notice the difference and they will look like two drops of water.

Although each person has their style when it comes to doing the Flash Warning effect, the most spectacular ones do not limit themselves only to imitate the movements, but also use clothes or hairstyles similar to those of the cartoon character they are imitating. In this way, you can easily show yourself as a superhero or a Disney princess.

If you enter the term Flash Warning in the TikTok search engine you can find a wide range of videos of this style.

Not for nothing has it become one of the viral challenges of recent weeks, and more and more people are joining in to try this effect.

How to make the Flash warning effect in cap cut The most complicated part of this type of video is the moment of editing the TikTok by mixing your images with those of the character. And for this most users use the CapCut application, a fairly simple video editor.

Before uploading it to TikTok, play it back and make sure you have it just as you wanted. When you see that you have created a continuity effect, the video is ready to be published. Now you should upload it to the social network as you would do with any other video.