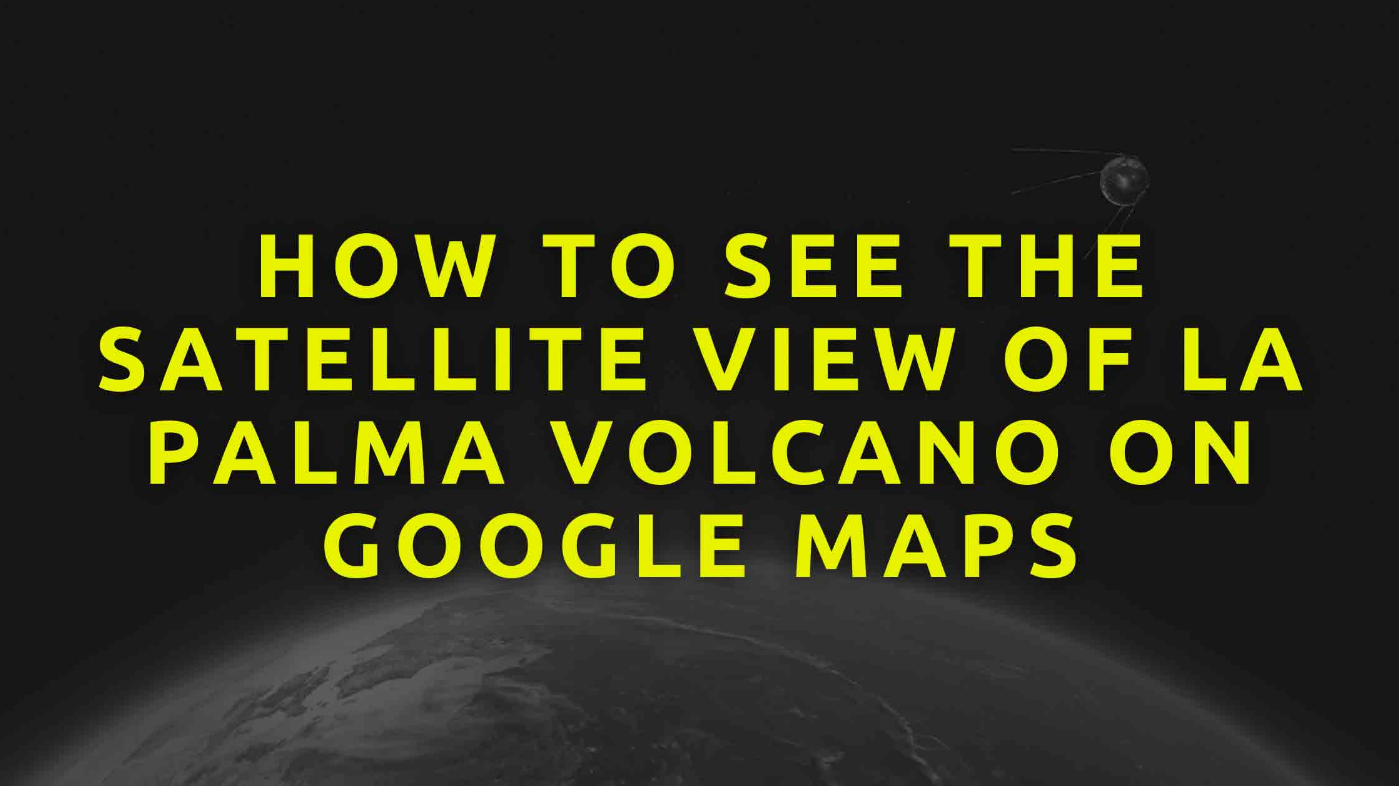 Google Maps allows us to see any place in the world in a few simple steps. Today we show you how to see the satellite view of the volcano of La Palma on Google Maps, so that, if you did not know it until now, you can discover this Spanish volcanic chain.

If there is a popular Maps application that is Google Maps. Since Google launched it back in 2005, its development and use has been growing until it has become essential in our mobile devices.

Google Maps is currently used by more than one billion users worldwide. Through this platform you can travel to any part of the world without leaving home. This is very useful to know regions that are hundreds or thousands of kilometers away.

Today we show you how to see one of these regions that are now in the news. Discover how to see the satellite view of the La Palma volcano on Google Maps. The volcano of La Palma erupted last September 19. Through this satellite view we can see how it was before to get an idea of how much the landscape has changed by the eruption.

To know how to see the satellite view of the volcano of La Palma in Google Maps the first thing to do is to open the Google Maps app and then in the top search engine write “Cumbre Vieja”.

Then, the map of the area will appear in the default view. To see the satellite view you must click on the circular double diamond icon in the upper left corner of the screen. Then choose “satellite”. Now you will see the crater of the volcano before its eruption.

How To See The Live View Of The La Palma Volcano

To watch live the La Palma volcano we have chosen the YouTube account VolcanoYT. You can access to the live stream by clicking here. This live is one of the most complete that you can see on the internet because it offers multiple views which allows you to see the eruption from different perspectives.

In addition, VolcanoYT incorporates a seismograph that allows you to see the activity that also occurs in the subsoil in real time with the eruptions. Also, you can see a real-time record of the amount of emissions that occur.

The eruption caused by the Cumbre Vieja volcano has transformed many things on the island. This is La Palma: Google Maps road map.

The Google Maps road map of La Palma changes almost constantly due to the eruption of the volcano. The mobile application updates all the information regarding the traffic situation thanks to the information it gets from national and regional agencies.

Thus, if you insert in Google Maps a location that is in the southwest area of the island, the most affected by the volcano eruption, Google Maps will warn you that the roads to there are cut. If you zoom in on the map of this area of the island you will see how many icons appear with a forbidden symbol because these roads are unusable and cut. Likewise, Google Maps shows you in an updated way how to get to other parts of the island.

As for the cartography of the island and the changes it is undergoing, this will be applied in Google Maps when its main source of information, the National Geographic Institute of Spain, also carries out the update of the cartographic maps of the island.