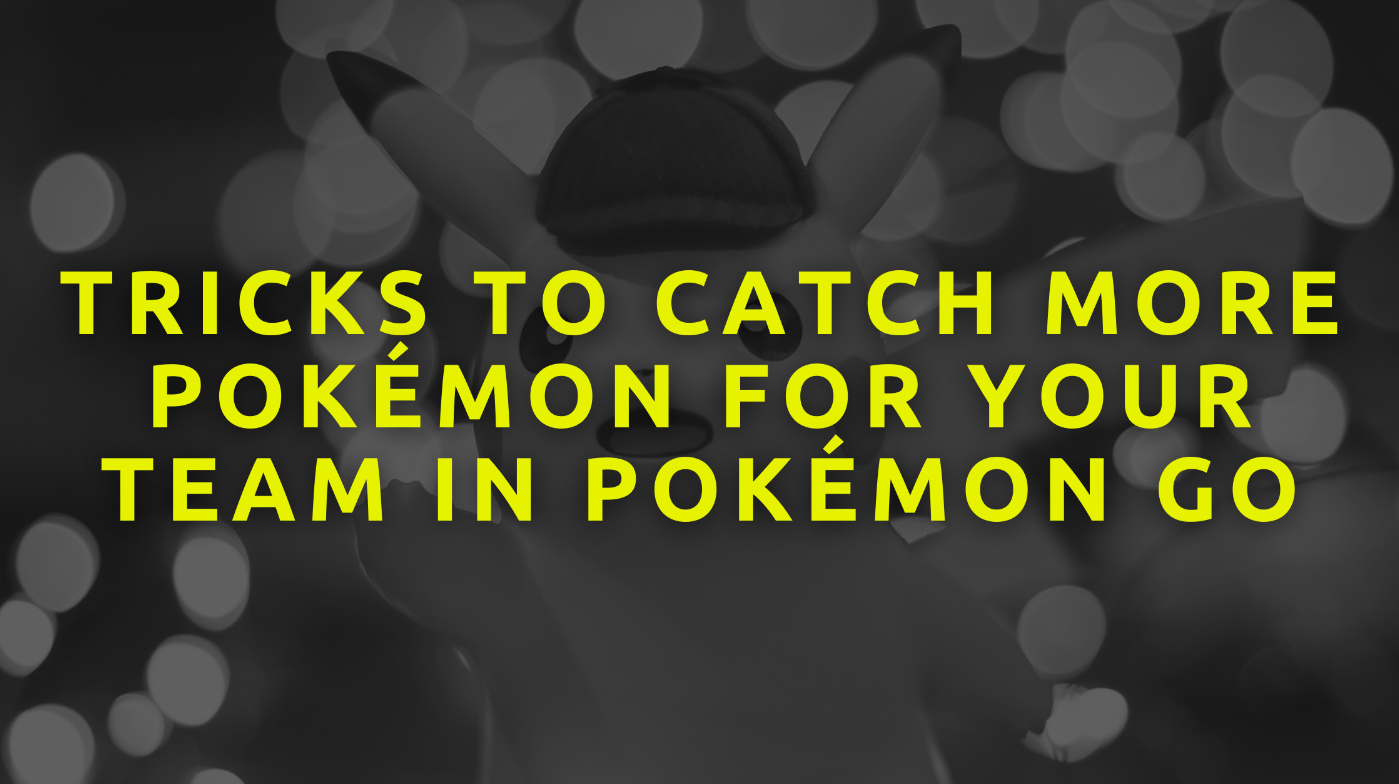 Learn tricks to catch more Pokemon. One of the most installed apps on the phones of younger users is Pokémon GO. Niantic has done a splendid job bringing the experience of creature captures and battles to a more realistic plane, where augmented reality plays a huge role.

Many people walk dozens of kilometers around their city in order to find the best additions to their team or complete the famous pokédex. If you are one of them, you can not miss the best Pokémon GO tricks to capture more Pokémon.

What is the purpose of catching more Pokémon

Since the first edition of the game, the motto of Pokémon has been “get them all”. Back then there were 151 different species if we count the basic creatures with their different evolutions, but now they easily reach a thousand.

In the case of Pokémon Go, there are still a few generations missing, but the experience is totally different from what we have seen in the games. In fact, it inspired the way of playing Pokémon Let’s Go, which was the first game of the franchise for Nintendo Switch.

But today it’s time to talk about the mobile game. And is that if you are new to the application you will have realized that you need a way to improve your teammates.

Battles don’t work and neither do captures, so you need to capture more Pokémon to improve the ones you already have.

Transferring them gives you stardust and species candy, which allows you to raise their power points, learn more attacks or evolve them.

How to capture more Pokémon in Pokémon GO

The answer is very simple in this type of cases, and is that to capture more Pokémon in Pokémon GO you just have to walk. Exactly, the entire map is their habitat and each encounter is random.

Thanks to the radar that you have at the bottom right you will see the species that you have closer, which will appear not far from a PokéStop or gym.

Of course, raids are a perfect way to get your hands on very powerful creatures, although you will probably need the help of your friends to defeat them.

Once you succeed, you will all receive a number of special pokéballs, which are the attempts you will have to capture the virtual creature. A tip: use berries to make it easier to capture it.

If you want to capture Pokémon without moving from your place we have a bad news and a good news. The bad news is that you can not trick the GPS to say that you are in one or another position. If you do you run the risk of Niantic restricting your access indefinitely.

The good thing is that there are methods to achieve this thanks to the items provided by the game.

If you are in a PokéStop you can use a bait module so that for 30 minutes you have the possibility of finding numerous pokémon around you. If this is not the case, you can use incense at any time of your trip, wherever you are, so that during 60 minutes all species come to you randomly.

With the arrival of Team Rocket, random encounters will appear in which you will fight with the famous members of the organization. After each battle you will have the chance to capture more Pokémon, in this case dark Pokémon, which you will have to purify as in the GameCube title “The Dark Tempest”.

If you have a mystery box you can activate it when transferring creatures from mobile to Nintendo Switch with a compatible game, although in this case the creatures will not be random, but will all be Meltan (which were exclusive to Pokémon Let’s Go).

Watch out! Don’t run out of pokéballs

Of course, all these tricks to catch Pokémon faster in Pokémon GO have a small limitation and they are the pokéballs. This is your main catching tool and if you run out of 0 in any of its types you won’t be able to go hunting.

Luckily, the game provides you with daily resources and the missions also give them to you, but try not to overdo it and choose well which species you need and for what.

The only thing you won’t need a resource to use is hatching eggs. The game provides you with a camera with infinite uses and the only requirement is that you walk a number of kilometers for the pokémon inside it to hatch. Its level will be low, but if its characteristics are fabulous you may find a good cash for your team.