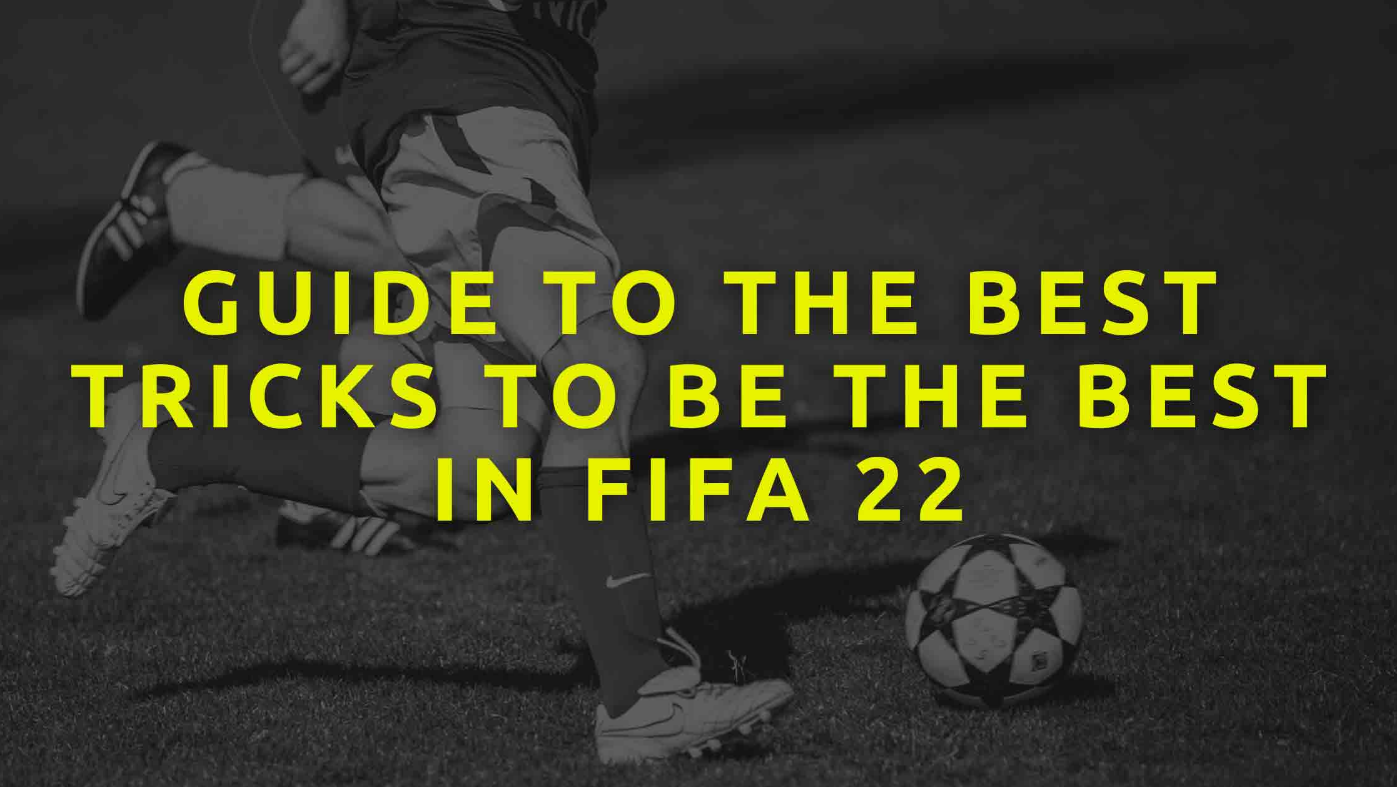 If you have reached this article is because, first of all, you are the lucky owner of a copy of FIFA 22. Electronic Arts has renewed the license of its soccer simulator for another year to bring you the best squads directly to your computer or console.

But of course, every year there are surprises that you have to adapt to and that can’t catch you off guard when it comes to playing against the machine and online. That is why we are going to make you a small guide of tricks for FIFA 22 that you can not miss.

The best tips to play FIFA 22

Every year we have received a new installment of this game that has become a classic for every soccer lover. It is true that for many it is almost a renewal of the templates, while in other cases you will hear that there are always improvements beyond the design.

For this reason you should know what these changes are and learn some FIFA 22 tricks.

And it is a game that at a technical level is also very personal. Both the career mode and the Ultimate Team will test your knowledge with a player and a whole team respectively.

You will have to make decisions to know what is the best strategy to win and, of course, know how to buy those players that will probably give you the victory in an online match.

How to improve in FIFA 22

FIFA 22 is, as in previous installments, a title in which control is very important. And it’s not just how well you manage your team that counts, you must know its weaknesses as well as its advantages.

On the playing field this is also important, since it applies that “the longer you have the ball, the better for you”. Keep this in mind, since this year you will find many teams that close a lot at the back and you will have to be patient and create gaps by moving the ball a lot.

This FIFA 22 trick is given to you for free, but it can change when you play against your friends.

If we have to give you a small guide of tips for the career mode the main thing is that you focus on having fun and enjoy the way. We tell you this because at the beginning your player will not be as agile as those who are already in a first division team, so you can afford many mistakes at the beginning.

You must work according to your position and try, as far as possible, to keep the team and especially the manager happy in order to earn more minutes on the field.

Of course, this will give you more experience and you can improve your skill tree to gradually become the most lethal passer of your team, a ‘killer’ in the area or that free-kick taker that every goalkeeper fears.

Of course, don’t get obsessed with reaching the club of your dreams soon, so work little by little in the lower leagues until you have an acceptable level to compete in the higher leagues.

What you need to know about Ultimate Team mode

The manager mode may not be enough for you and you may need more control. That’s what FUT mode is for, where you can create your own team with real players and legends.

As every year you will start with a team that does not stand out much, but as you participate in more matches and tournaments you will earn coins with which to customize the team, buy packs or get that player you want in the transfer auctions.

This last point is very important, since you always have to make a decision between selling a card that you have repeated or thinking about taking advantage of it in an auction.

If it is your turn to sell, we recommend that you don’t spend too much time asking for coins or you will most likely never sell it. When you buy have a budget and always bid up to a maximum or else you will not have money to buy other players that you also need.

When it’s your turn to play, start by choosing a formation that you feel comfortable with. Then you will have to order the players, but that’s up to you.

Also make sure that you don’t run out of contracts or else you will have to say goodbye to the players who fulfill them. Therefore, you must have a good bench, to rotate between formations, give rests and not lose the rhythm.

Take into account other aspects above the averages, such as chemistry. This improves if the players close to each other are of the same team, league or nationality, three factors that define something as simple as a pass reaching its destination.

When it comes to controlling the game, we will give you three tips:

The best players of LaLiga Santander

The best players in our league are in the video below. Don’t worry about chemistry or price, as many are easy to get and very cheap. Some names within the call are Rodrygo, Morales, Montiel Mario Hermoso among others.

We do not want to forget to give you proposals from other leagues, and in this case it is one of the most important as is the Premier League. Among the ranks of your team, if you assemble it with players from this league, you will have names like Areola, Emerson, Maddison or Pedro Neto among others.