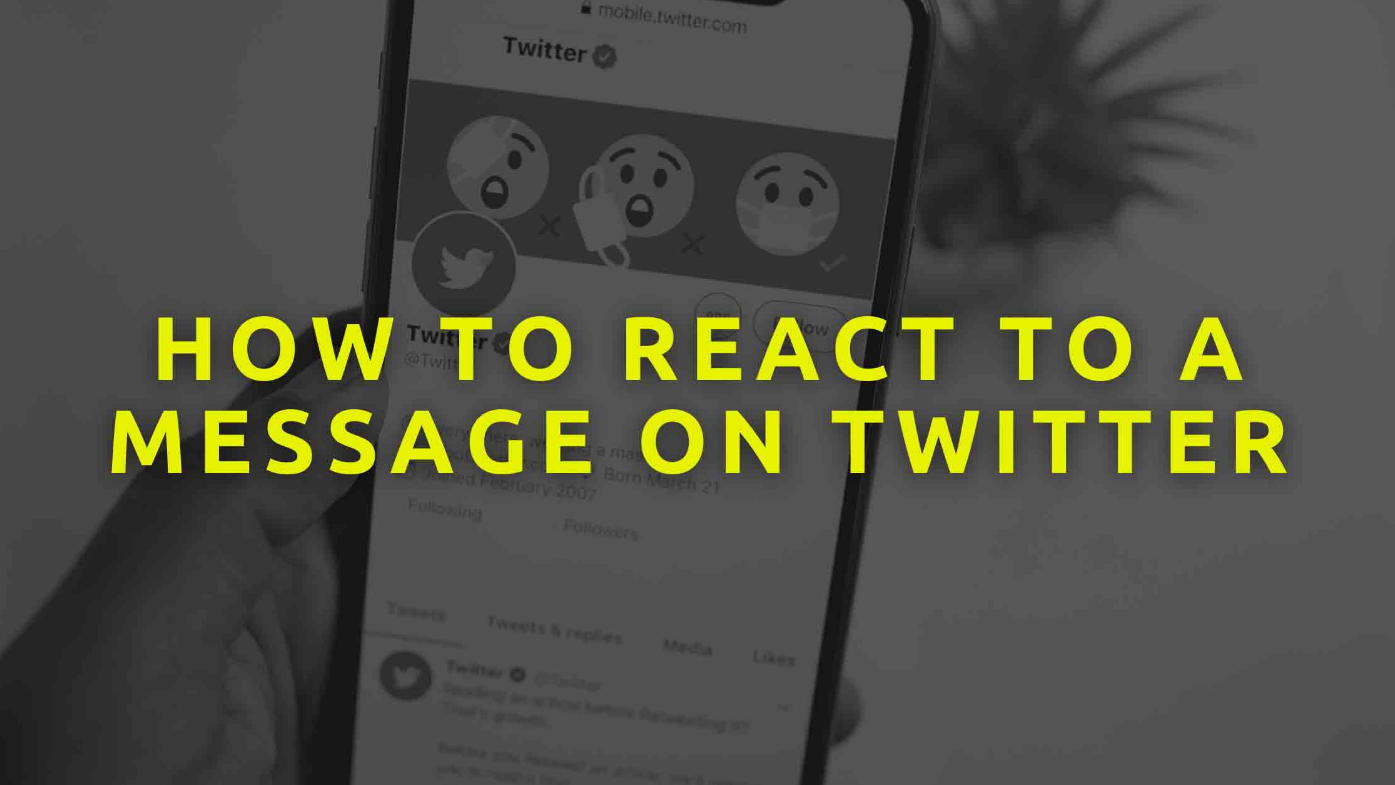 Find out how to react to a message on Twitter to let the other user know not only that you have read it, but also that you liked it without the need for words.

It is very likely that you have ever wondered how to react to a message on Twitter. Surely more than once you have found that when sending a private message an emoji such as a thumbs up or a heart appears next to your message. This function was introduced in the application at the beginning of 2020, but many users were still unaware of it, even though it helps you not to reply to a private message with another message, but with a reaction.

How To Use Emojis To React To A Private Message

Interested in knowing how to use emojis to react to a private message? The way is quite simple. You just have to enter the application and access the private messages section, represented in the bottom menu with an envelope. Once inside, we select the conversation and when we open it we will see that next to the most recent message there is an icon with a heart and the ‘+’ symbol.

By clicking on that icon next to the message, the different reactions that Twitter has available to let the other user know what our reaction is will appear. It is a system quite similar to the one used by Facebook on its platform, but in this case you also have at your disposal a dislike with the thumbs down.

As this function has been established for quite some time, it is very unlikely that we run the risk that the other user has the application so outdated that he/she does not see the emoji and only sees a text message.

The use of emojis is an irreversible trend in every social network, from Facebook to LinkedIn, so sooner or later you will have to know how to send a message on Twitter with emoticons. Whether we are tweeting on our wall a public message as if we are communicating with another user privately, to enter a reaction emoji we have to look at the icon that will appear on our keyboard with a smiley face to display the emoji menu.

In the case of the application, that is the way to send a message with emoticons, but in the web version of Twitter, we find that in the message box itself there is the same icon with the smiley face on the right side to add the one we consider. The list of emojis on the Twitter website can often be much larger than the one included in your mobile keyboard, so it will help you to better express what you want to convey.

This same design is also found when publishing a tweet to all our followers, in this case at the bottom of the text box, making it easier to add emojis without resorting to external websites with the consequent waste of time involved.

It is also possible that what you want to send is not an emoji but the classic emoticon, much faster, but less expressive. The RAE clarifies that an emoji is not the same as an emoticon, since the latter are those that are written with signs or letters on the keyboard to express a feeling or mood, and were much more used in the past.

In fact, many word processors already convert expressions such as 🙂 or 🙁 directly into emojis, since with the use of emoticons it is possible that some users do not understand their meaning, especially if they go beyond the smiley or sad face. For that reason, the most advisable thing to avoid misunderstandings today is to bet on emojis, leaving in the trunk of memory the old emoticons that take us back to the times of the first steps of MSN Messenger.