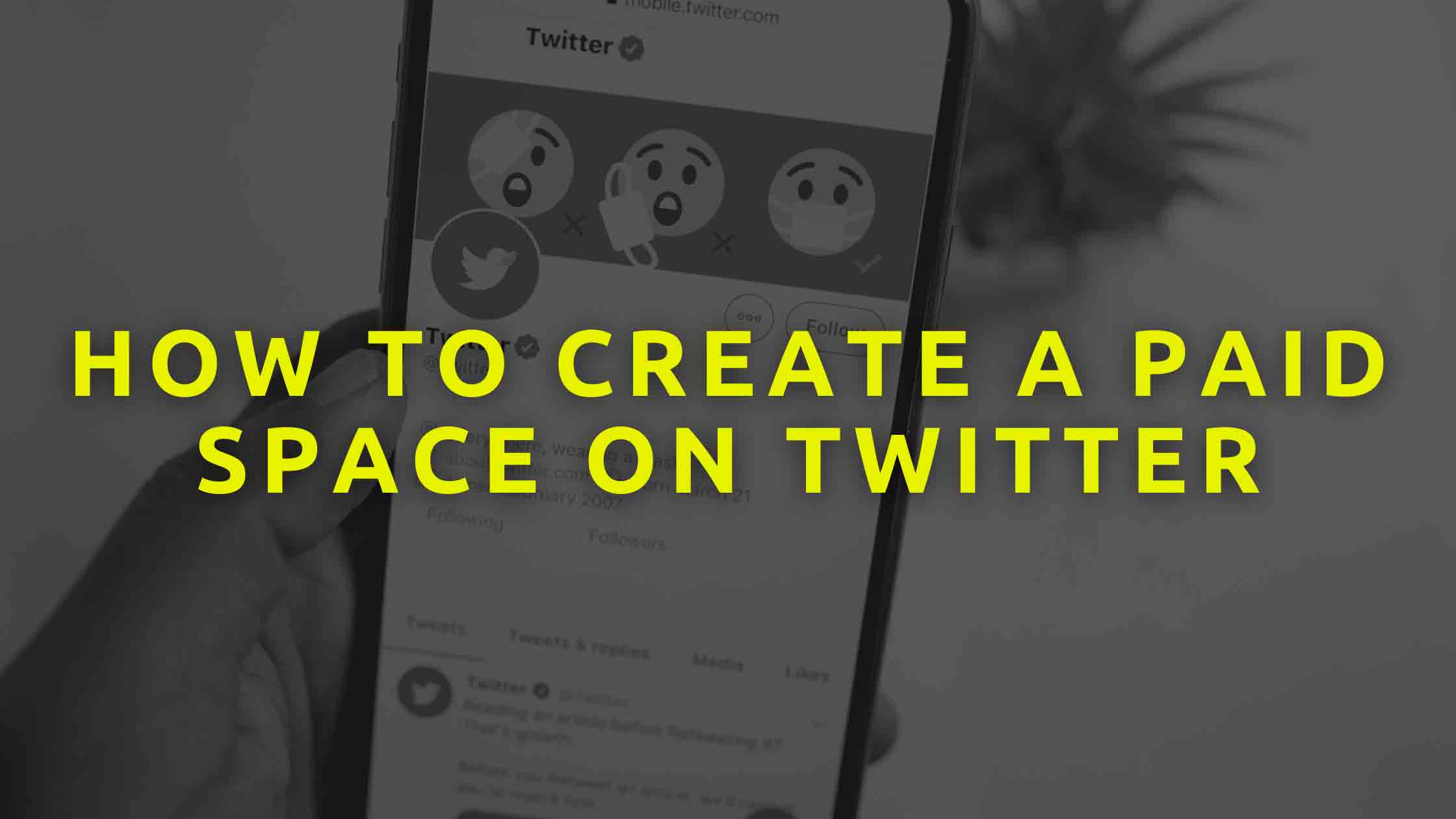 More and more users monetize their content on networks by learning how to create a paid space on Twitter.

Spaces are starting to establish themselves as one of the most used features, which has led many users to wonder how to create a paid space on Twitter to start monetizing their presence on this social network. Unfortunately, this tool is not available to everyone, so first of all we have to check if we can create these paid spaces.

In the application, we drop down the side menu on the left and select ‘Monetization’, then access ‘Ticketed Spaces’. A new page will then appear explaining what these premium spaces consist of, and at the bottom we will find the button ‘Submit your request for the beta version of Ticketed Spaces’. When you click on it, Twitter will analyze whether your profile meets the requirements to be able to use this function.

These requirements for creating paid spaces consist of having more than 1,000 followers, having created at least three spaces in the last month and being over 18 years old. If these three conditions are met, Twitter will analyze your profile before giving you the green light. If your application is accepted, you will have to complete the onboarding process. Twitter’s payment method for its paid spaces is through the Stripe platform, so you will also need to have an account there.

Being a relatively recent addition, it is normal to wonder what Twitter tickets are. When a creator generates a paid space, it implies that you have to pay a price to access it and listen to the topic being discussed. This entry price is the ticket, and its price is set by the user who creates the space. In short, a ticket is like a movie or theater ticket in real life.

The reality is that there is not much difference in how paid spaces work on Twitter compared to free ones. These ticketed spaces are more aimed at professional creators who want to organize more private workshops or talks with their followers and make an economic profit, without the need to rent a classroom or auditorium for it.

The main difference is in the requirements that Twitter establishes for a user to be able to create them or not. As mentioned above, being over 18 years old, having more than 1,000 followers and having had a previous activity with spaces (three in the last month) are the first barriers to be overcome to request authorization. Subsequently, it will be Twitter that will give final permission and decide who can create a paid space and who cannot.

As this is a function in beta phase, it is possible that a doubt may arise as to why I cannot create a space on Twitter. If a user wants to make them paid, we have already outlined in this article which is the way to request authorization to Twitter. Paid spaces are more established for the moment in the U.S., so it is still early for their use by creators to be common.

On the other hand, if the user in question simply wants to open a free space accessible to all his followers but cannot find a way to do so in the application, it is likely that it is not up to date. Make sure you are using the latest Twitter update and by pressing the ‘+’ button at the bottom right of the screen you should already see the ‘Spaces’ option to create your own.