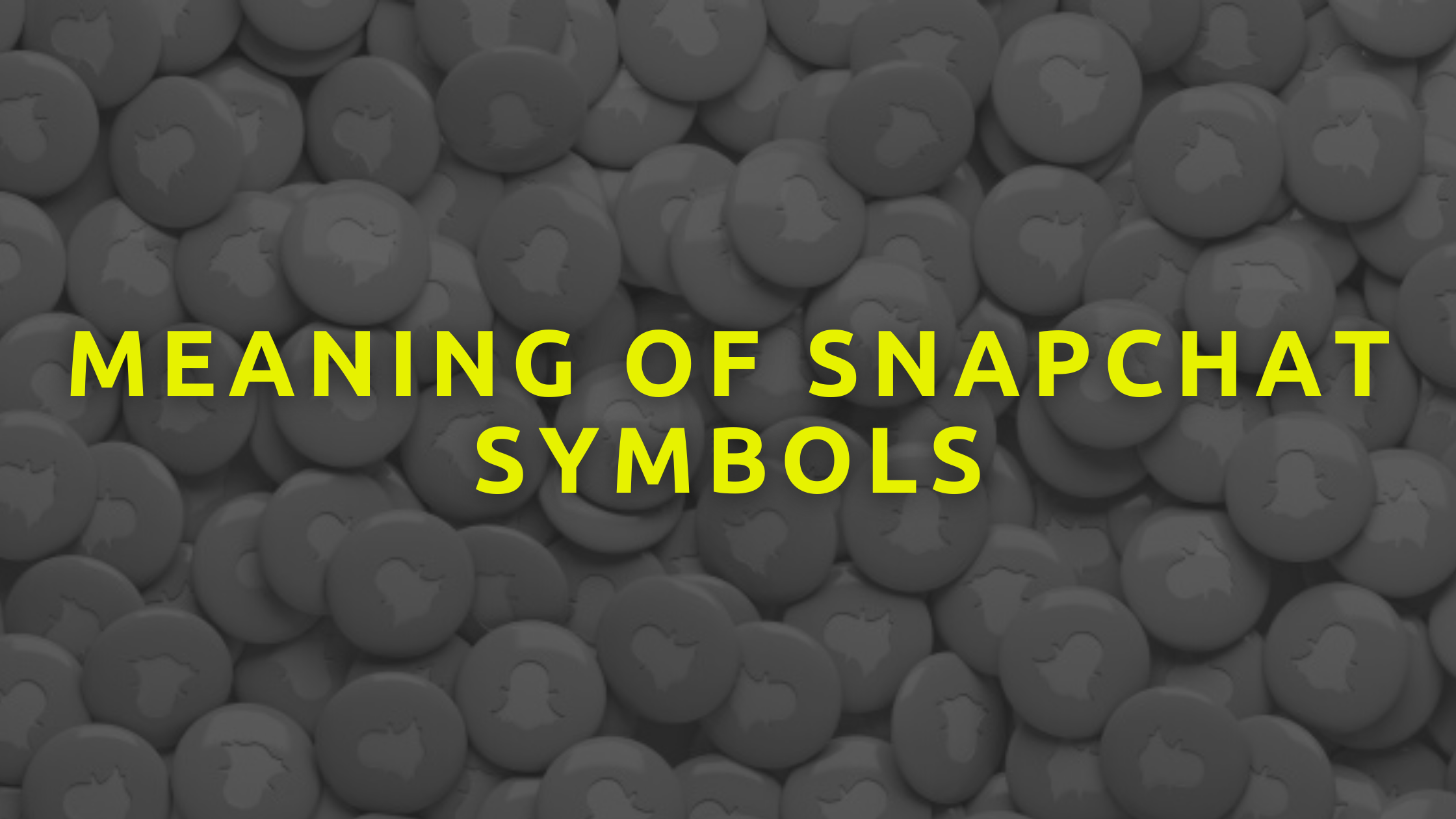 Snapchat is among the most popular and most used social networks, especially among young people and teenagers. Snapchat includes many internal features that you will find when using it, one of these features is the emoji that appears next to the names of your friends in the Friends section, and it is likely that you have asked yourself what these symbols mean?

These icons can give you some interesting information about how you and your friends interact on Snapchat. In this guide, we’ll explain the meaning of these Snapchat icons of all kinds, including icons.

The signification of icons in Snapchat

This appears next to a new friend’s name on Snapchat. If you’ve created a new Snapchat account, expect to see this icon often with your friends’ names in your friend’s list.

This emoji indicates that this person is one of your good friends that you interact with online, but not one of your best friends on Snapchat.

This symbol indicates that you have a close friend in common with that person who displays this symbol next to their name. A close friend is the one you send stories to most often, but they must be your best friend.

This emoji also indicates that you are one of that person’s best friends. This icon appears after a screenshot exchange between you for more than two weeks.

If you see this symbol next to your friend’s name on Snapchat, it indicates that you have been their best friend for more than two months.

This icon appears next to the account of the person who interacts with you a lot and sees your stories over a 24-hour period. This is one of your best friends who cares a lot about what you post.

The number of hundred 💯

If the interruption of communication between you and your friend continues and reaches 100 days, here the fire symbol will turn into a hundred symbol.

An emoji indicates that this person has a birthday, so don’t forget to send them a congratulatory message. It should be noted that this icon appears if this account has enabled the birthday celebration feature in the settings.

The meaning of the purple icons in Snapchat

For any Snapchat user who entered their date of birth during registration, a small purple zodiac symbol will appear. This symbol that appears to you is your horoscope based on your birth date. Here are all the signs of the zodiac.

Meaning of arrows and icons in Snapchat

Snapchat icons, which are arrows or boxes, give you information about the stories you send and receive on Snapchat.

What the actions mean

Red arrow: You sent a Snap without sound

Purple arrow: You sent a Snap with audio

Blue arrow: You have sent a Snapchat

Grey arrow: You sent a Snap to someone who did not accept your friend request

Meaning of the arrow frame

Red color: Your friend opened the Snap without sound

Purple: Your friend opened a Snap with sound

green: He saw and received the money from a friend

Meaning of the square symbol

The red square: You have a Snap without a sound not opened

Purple box: You have a Snap with an unopened voice

Blue chat icon: You have an unread message in the chat section

Red: Your Snap without audio is seen

Purple: Your Snap, including audio, has been seen

Blue chat icon frame: Your cat has been viewed

Red color: A screenshot of your Snap was taken without sound

Purple: A screenshot of your Snap was taken with audio

Blue: A screenshot of your Snap has been taken

Purple: The submitted Snap was restarted with audio