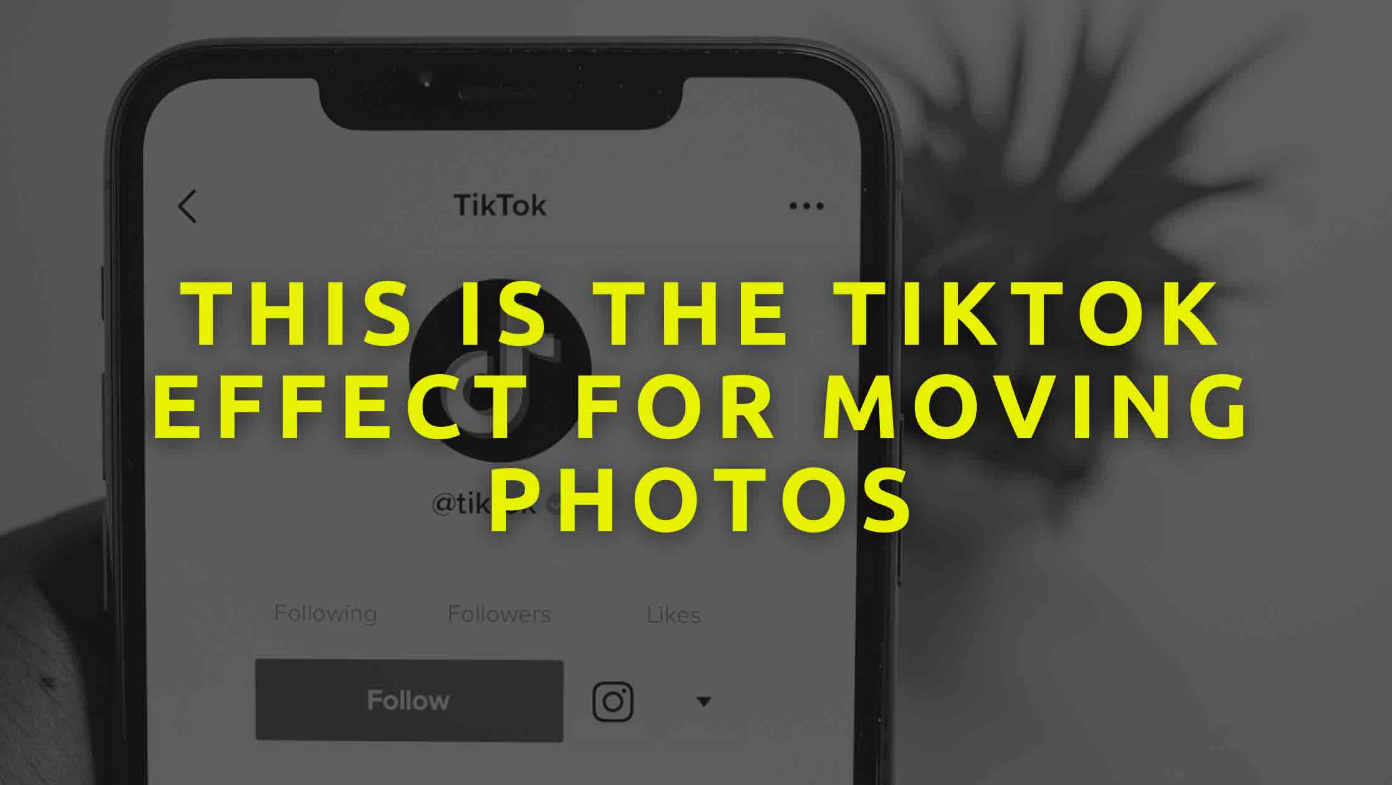 This is the TikTok effect for moving photos

Have you ever heard of Mug Life? This is the TikTok effect to move photos that triumphs in the well-known social network of videos.

TikTok is probably the social network that has grown the most in recent years, largely thanks to the thousands of effects that allow us to give a more original touch to your photos. In recent weeks, you may have seen some videos in which a photo, drawing, or still image moves. Well, this is the TikTok effect for moving photos.

This is Mug Life, an effect with which you can give movement to some of your images. This way, you will be able to make a photo or a cartoon move as you like, giving you a wide range of creative possibilities.

This is actually a fairly simple effect. The problem is that you won’t be able to do it directly from the social network application. In order for you to bring one of your photos to life, you’ll need an external application. Although there are several options for this, the most widely used is called Mug Life, which is available for both Android and iOS. Therefore, you will first have to create your video in the aforementioned application, and then, once we have it stored in the memory of our mobile device, share it via TikTok.

How to make an image speak and move

Once you have downloaded the application, you may wonder how to make an image talk and move. The reality is that the process of using Mug Life is quite simple. The first thing you will have to do is take a picture with the camera or use one of the pictures you have in your camera roll. Once you have it open in the application, you can start exploring the different buttons you’ll find in it to try out a wide variety of animations.

Thus, you’ll be able to make the face that appears in each photo look like an emoticon or imitate a meme. Besides, you won’t need to animate the faces one by one. If you have a photo with your friends, you can also animate all the faces at the same time, so that the effect is more spectacular. The application is quite intuitive, so the process will be simple.

As we mentioned above, the most popular app for animating photo faces is Mug Life. In principle, it is a completely free application, although it also has some paid options for the more advanced users.

Thus, you can choose between the basic tools, which have no additional cost, and the Pro tools, for which you will need a subscription. You can subscribe on a monthly or yearly basis, or purchase all the tools in a single payment. Once you have paid for a subscription, it will automatically renew unless you cancel up to 24 hours in advance.

Is it worth paying for the paid tools? Well, here it depends a lot on the use you are going to give to the app. If your idea is to animate a photo occasionally, with the free tools you will have more than enough to publish a fun video on TikTok. But if you are a professional in the world of social networks or want to give your account a more advanced touch, the reality is that the Pro tools offer very interesting possibilities.