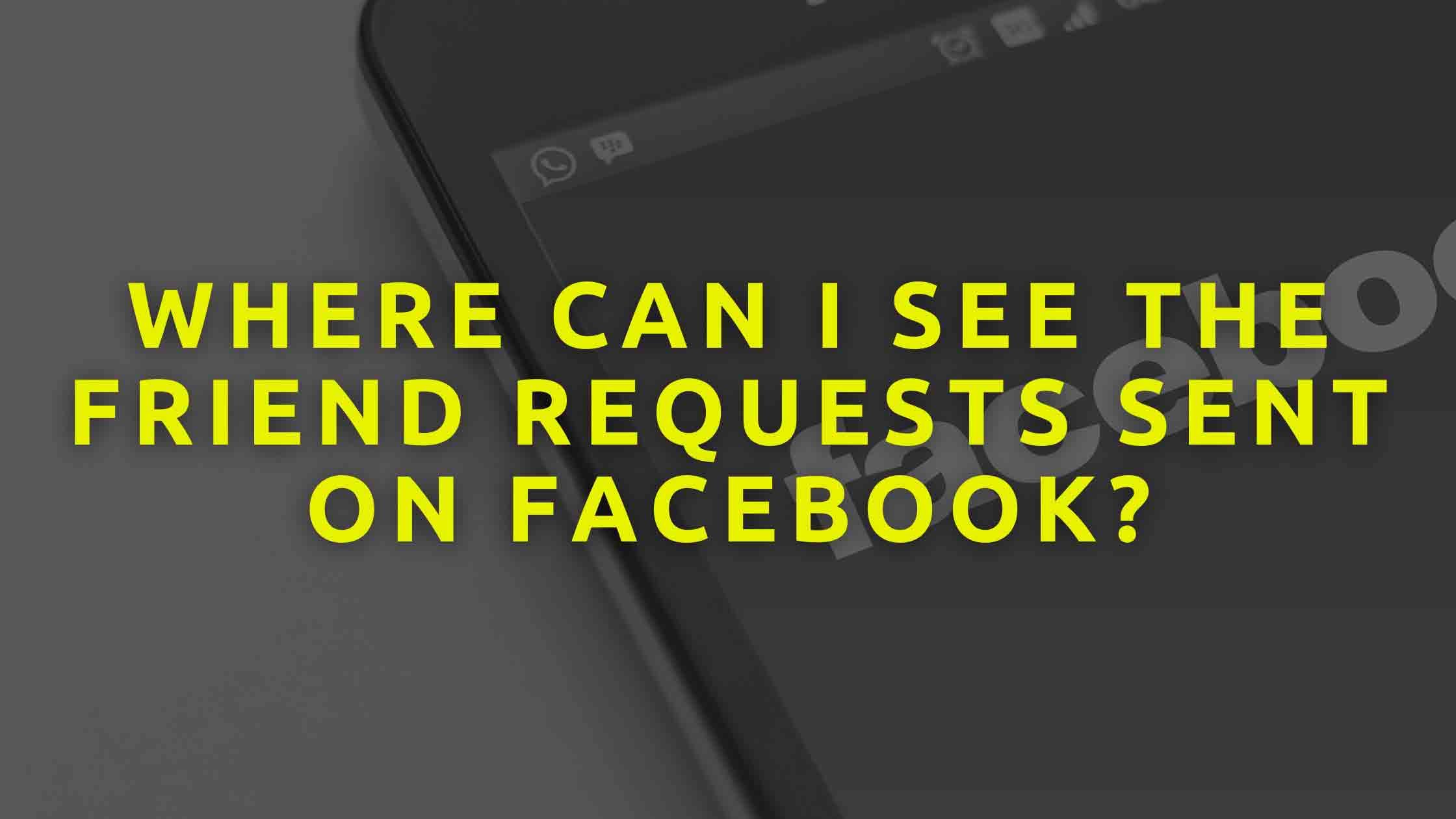 They say that Facebook, now called Meta, is outdated… It’s not true! It is estimated that the social network has about 3 billion users, and some of them have a request from you to which they have not responded… Where can I see on Facebook the friend requests sent to see who they are and, perhaps, delete it? Let’s see it!

Where Can I See The Friend Requests Sent On Facebook?

If you have asked yourself the question of where can I see the friend requests sent on Facebook, the first thing you should know is that this is something that you can only see from your account on your computer. This feature is not available from the app, where you can only see the requests you have received (we tell you where later).

To view your sent requests, follow the steps below from your PC:

If what you want to know is how to see the people to whom I sent a friend request on Facebook, it is very simple: just follow the steps detailed above and click on “View sent requests”. Then, as you can see in the image, a list will appear with the names of the people to whom you sent the request and who have not accepted it. If they had, they would appear in your friends list.

In this window, besides consulting who has ignored your request, you will be able to cancel it. To do so, just click on “Cancel request” (see you never!).

Find out where are the friend requests received on Facebook is something you can also do from the application on your mobile. If you want to follow from the PC, just follow the steps we have explained above. If you prefer the mobile, check it out:

You decide whether to accept them or not!

If you are already at the previous point, maybe you are curious to know who has been waiting the longest… We are going to tell you how to see the latest Facebook friend requests: