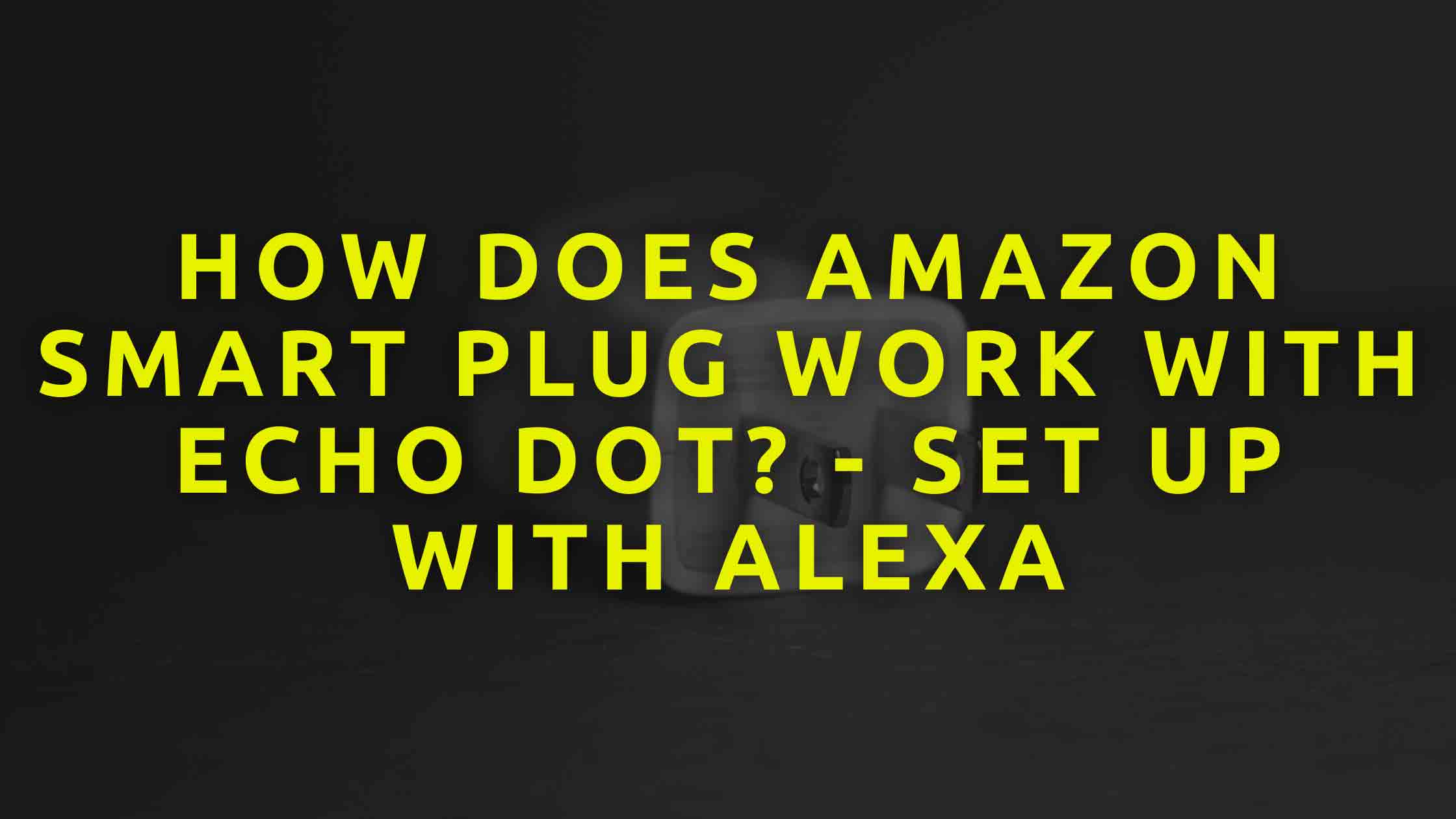 It has the ability to receive instructions, schedule on and off and one of the best things is that it can be operated remotely thanks to the mobile app it has. If you want to know how it works together with the Echo Dot, stay to find out because we will explain everything you need to know about it.

How is Amazon Smart Plug set up with Echo Dot automatically?

Amazon Smart Plug has its own functionality, apart from the fact that it has the Alexa integrated so its interaction with the Echo Dot is quite limited. The way it works is directly with home appliances, although because it is a relatively new device, it does not tolerate high power loads, so it does not work on all appliances.

The Amazon Smart Plug is associated with TP-LINK Wifi equipment, so in order to use it you have to first download the ‘Kasa’ app which is available for both Android and iPhone devices.

The Amazon Smart Plug links to the home wifi network so that if the network is ever missing, the plug will stop working. This device works with both wifi and the Alexa app.

What is the automatic configuration of the smart plug?

The automatic configuration of the smart plug is done quite quickly. We advise you to update the Alexa app so that you have it in its latest version, then what you will have to do is connect the device to the plug, enter the Alexa app from your mobile, open the ‘More’ option and then select ‘Add device’.

Among the list of devices that appear to you you have to select the ‘Plug’ and once selected all you have to do is wait for the instructions to appear to configure the device.

Once configured, this smart plug will have the ability to control lamps, coffee makers, small stoves, or other appliances that do not demand too much electricity. As long as there is a wifi connection in your home and you have the app on your phone, you will be able to create an on/off routine through commands.

What are the most useful routines of the Amazon Smart Plug?

The Amazon Smart Plug is useful when it comes to connecting or controlling small electrical appliances that do not demand a large amount of electricity, because it is not in the capacity to support it. That is why it is mainly used to turn on or off devices or dim or turn on lights in your home.

Turning devices on or off

Once the Amazon Smart Plug is configured you can use simple commands to turn on or off devices, for example, you can use the command: ‘Alexa turn on the coffee maker’.

It is important that the commands you use to communicate with the smart plug are quite practical and simple, since being a practically new device it is not capable of establishing a dialogue as Alexa would normally do.

Turning devices on and off is a simple task but the best thing about it is that you can do it even when you are away from home so if it causes you a coffee when you get home you just have to ask through the Alexa App to turn on the coffee maker and already at home your hot coffee will be waiting for you with one of the most outstanding devices.

Dim or turn on the lights

This is also one of the most useful and fun options because even when you are away from home you can turn on, dim or turn off the lights, so that they think that there are people inside the house. Not only does it make your stay more practical, but it also provides a bit of security to the home.

What to do if Alexa does not detect Amazon Smart Plug?